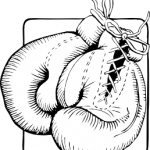 The other day, in yet another taxpayer-financed campaign junket, President Obama mocked the Republicans running to succeed him. Mr. Obama, who rarely has faced a tough question from the liberal media, much less a hostile one, mocked the GOP candidates for supposedly whining about some tough questions from the CNBC moderators. Anyone who actually watched the debate, of course, saw Cruz, Rubio, Fiorina, and Trump slap around those three hacks thinly disguised as journalists all night. If it had been a prize fight, the referee would have stopped it.

The Democrats are simply trying to spin the narrative of what happened, which millions of people saw with their own eyes. Such mendacious criticism is a laugh, considering the inevitable Democratic nominee is ducking as many debates as she can, even though she routinely gets only fawning questions and faces no credible opposition.