What the Devil and The Donald Have in Common 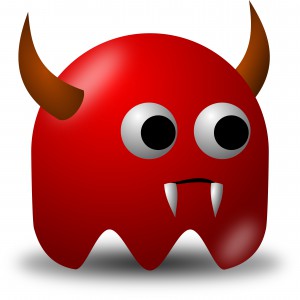 Donald Trump has never denied himself when it comes to bullying or belittling others. But like most bullies, Trump, who endlessly boasts how he’ll handle Putin, the dictators in China, and other world bullies, is quick to back down when challenged.

The Donald, who has dropped out of Thursday’s Iowa debate, can’t handle the prospect of facing a few more tough questions from Megyn Kelly.

As well, Trump says he’s taking his ball and going home in response to a snarky, satirical press release from the debate sponsor, Fox News Channel, saying it must have been written by “a child.” Perhaps; perhaps not. But does anyone else remember last fall when Trump blamed one of his interns for a tweet that mocked Iowa voters? Maybe it’s the same guy.

Apparently The Donald knows how to dish it out but has never learned how to take it. Somebody get him a box of tissues.

When contemplating the mercurial Republican front runner, I am reminded of this observation from Thomas More: “The devil, that proud sprite, cannot bear to be mocked.”