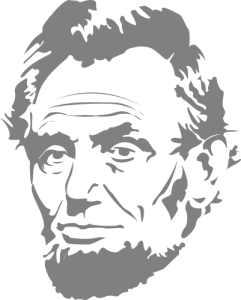 With the caveat that I believe Ted Cruz still has a chance (though a diminishing one), I’m starting to believe a Trump candidacy is–if not inevitable–much more likely than not. My estimation of Trump–boorish, bullying, misogynistic, egotistical, lazy, vindictive, ungodly, untrustworthy–has not changed. I still don’t know whether I can vote for someone who is manifestly unfit to hold the office he seeks (though the prospect of Hillary Clinton in the White House one more time does tend to focus one’s attention on practical matters). Certainly if Trump offers to nominate Ted Cruz to the Supreme Court, I would have to consider it.

As a Christian, I trust in God’s sovereignty, not only in my life, but in the life of this nation, which clearly has fallen from a great height. Our nation deserves not His mercy but His judgment, and if voters are bound and determined to give us Trump or Clinton, it seems clear that we will be undone by our own hand. As Lincoln once said, “If destruction be our lot we must ourselves be its author and finisher. As a nation of freemen we must live through all time or die by suicide.”

I don’t expect Trump to win the presidency, at least not in his current proud and pathetic state. I believe if Trump completes his takeover of the Republican Party, Hillary will win, and the nation will perhaps have reached the political and societal point of no return. A Trump victory, improbable as it seems, would likely be nearly as bad. Even so, God’s kingdom–our first priority–will prevail. A corrupt and declining America cannot change that.

This morning, perhaps for the first time, I prayed for Donald Trump’s soul. He needs to know Jesus, and America needs for him to know Jesus.