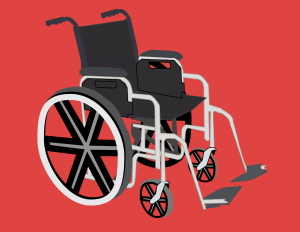 I have a confession to make. Besides my being a straight white Christian male–and a conservative one at that!–I am part of a family with roots in the Deep South. My ancestors lived in strongholds of the Confederacy. Though I doubt any of them were wealthy enough to own slaves, some probably would have if they could have.

So according to today’s new arbiters of morality, I must be a racist too, right? Or at least I–as my forefathers’ stand-in–must somehow atone for their sins of racism, even if I never committed or agreed with them? Instead of the old phrase “character is destiny,” am I consigned to live by the new maxim, “group membership is destiny”?

But before you chain me to the perpetual apology treadmill because of my group association–doing whatever acts of penance you require–I hope you will at least consider the following:

– I am a lifelong Republican, a member of the party of emancipation and Abraham Lincoln. Democrats, by and large, were the party of Jim Crow and the KKK. Do I get any credit for this?

– As a 50-something male, I have been passed over for certain jobs in the very recent past, as younger, less qualified people (perhaps African American or female) were chosen. Does my victimhood count for nothing on the scales of social justice?

– I live with a disability that no doubt has precluded me from certain opportunities in life, both personal and professional. While God and many people I know have helped me in most instances to not only survive but thrive, shouldn’t I at least get some points for living with a condition that automatically leaves me at a great disadvantage compared with most able-bodied Americans, some of whom stare at me and make me uncomfortable?

– I am of Scottish heritage. I am still waiting for reparations from the English invaders.

– I am a bit short. It is a well-known fact that short people have it much harder than tall people in terms of landing a job or a good-looking spouse (though I’m a glorious exception). Whether tall people know of their height privilege or not, they owe me. I’ll say nothing of the opportunities I missed in sports.

No, I don’t really want sympathy or victim status because of all this. The first point I’m trying to make is that we all are members of various groups. Our group identity is not, if you will, black or white.

The second is that, though this world is not perfect and we all face barriers, it’s up to us to persevere and move beyond victim status. We are not animists; our ancestors don’t control or define us. America is descending into tribal politics, where group identity matters more than individual effort.

My advice: Get help if you can, but whatever you do, get off the treadmill and keep going.