Why God Is Still Necessary

In his quest for a ‘theory of everything,’ Stephen Hawking misses the big picture. 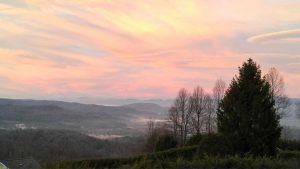 John Addenbrooke arrived at Cambridge in 1697 with the probable intent to study for the clergy, as he was the only child of the Reverend Samuel Addenbrooke, vicar of West Bromwich in Staffordshire. But biographers suggest that “Cambridge influences swayed him more than his family traditions,” and young John decided to pursue medicine instead.

As John Addenbrooke continued into adulthood and set up his medical practice, his estrangement with the church continued. In 1714, he wrote his only known work, “A short essay upon free-thinking.” Biographers say the 16-page tract “is almost incomprehensible,” with a philosophical argument that is “tortuous and obscure.”

Believing that existing parish-based health care for the poor was inadequate, Addenbrooke, who died in 1719, left the equivalent of about $7,000 in his will “to hire, fit-up, purchase or erect a building fit for a small physicall hospital for poor people.” One of his stipulations was that “there must be no Chapel and no Chaplain.” That hospital finally opened its doors, sans chapel and chaplain, on Trumpington Street, with 20 beds and 11 patients, in 1766.

Today, Addenbrooke’s Hospital is an internationally acclaimed teaching facility with nearly 1,200 beds. One of its most famous patients is Stephen Hawking, the renowned theoretical physicist and Cambridge professor who has motor neurone disease (or ALS), a muscle-wasting illness. In 2009, Hawking was rushed to Addenbrooke’s Hospital, where the university described him as “very ill.”

Hawking, author of A Brief History of Time, recovered from that medical scare well enough to write a new book (with fellow physicist Leonard Mlodinow), The Grand Design. In this book, Hawking appears to agree with the free-thinking of John Addenbrooke. But Hawking is a much more engaging and convincing advocate than was Addenbrooke as he seeks a “theory of everything” to explain why we are here.

Everything except God, who is not a part of Hawking’s equation. Responding to the compelling argument that the universe is seemingly fine-tuned for human life, Hawking suggests that the laws of physics, along with the unproven but intriguing theory of the existence of not one universe but many, are sufficient to explain the “just right” cosmos that we inhabit. After all, if infinite numbers of universes exist, then the conditions that could create life are not only possible, but certain.

“Because there is a law such as gravity, the Universe can and will create itself from nothing,” Hawking and Mlodinow write. “Spontaneous creation is the reason there is something rather than nothing, why the Universe exists, why we exist. It is not necessary to invoke God to … set the Universe going.”

As a Christian, I have to ask whether Hawking’s proposed solution—an infinite number of spontaneously created universes—is really more scientific than the opening words of Genesis: “In the beginning, God created the heavens and the earth.” Dinesh D’Souza, author of What’s So Great about Christianity and an experienced debater of a who’s-who lineup of New Atheists, notes that Hawking, as a scientist, is biased toward material over spiritual answers.

“Even ridiculous, unproven explanations are considered preferable to supernatural explanations,” D’Souza told me. “Instead of open-mindedly asking which explanation makes the most sense, it seems that for Hawking the supernatural possibility is written off from the outset. This is actually a form of atheist dogma.”

Hawking says God is not necessary for the universe and the creation of life. However, perhaps the renowned professor ought to listen to some card-carrying atheists who have come to the remarkable conclusion that we need the Almighty to bring out the best in human life.

One is Roy Hattersley, a columnist with the liberal Guardian. Hattersley noticed that in the wake of Hurricane Katrina in 2005, it was mostly Christians who kept showing up to help, not atheists.

“The only possible conclusion,” Hattersley wrote, “is that faith comes with a packet of moral imperatives that, while they do not condition the attitude of all believers, influence enough of them to make them morally superior to atheists like me. The truth may make us free. But it has not made us as admirable as the average captain in the Salvation Army.”

Another born-again atheist—at least in his estimation of Christians—is Matthew Parris. Writing in The Times of London, Parris says that Africa needs God—or at least the forward-thinking worldview that faith in God so often engenders. He says Christianity provides the antidote to the continent’s crippling fatalism.

“Now a confirmed atheist, I’ve become convinced of the enormous contribution that Christian evangelism makes in Africa: sharply distinct from the work of secular NGOs, government projects and international aid efforts,” Parris writes. “These alone will not do. Education and training alone will not do. In Africa Christianity changes people’s hearts. It brings a spiritual transformation. The rebirth is real. The change is good.”

I would not presume to challenge Stephen Hawking on the science of his position—though others can and will. But I would like to ask the renowned physicist: Why is it that faith in Christ so often makes us better than we would otherwise be, as if we were created for him, if we are simply random products of gravity and spontaneous creation? Does your scheme adequately address both the griminess and grandeur of our shared humanity? Which answer, God or the multiverse, requires more faith?

Yes, it is true that Christians do not always “walk in a manner worthy of the Lord,” and that free-thinkers can be roused to do similar kinds of good deeds. John Addenbrooke is a clear case in point. Leaving aside for the moment how much the philanthropist’s Christian background may have influenced his charity, we can applaud his good works while doubting the adequacy of his philosophy.

Even his successors have done the same. In 1948, an act of Parliament advised those running Addenbrooke’s Hospital to recognize the interrelatedness of patients’ physical, emotional, and spiritual needs. It asked administrators to consider setting aside space not for a monument to free-thinking—but for a chapel.

And they did. The resulting Chapel of the Holy Spirit, situated in the hospital’s main concourse, has a cross and a stained glass window. Refurbished in 2006, the chapel, according to the chaplain’s office, “is an important reminder of the place of God … in a caring institution like Addenbrooke’s.”

This is true whether or not John Addenbrooke—or Stephen Hawking—agrees.

This column first appeared for BreakPoint in 2010.