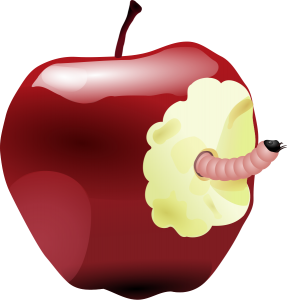 Yes, Apple has a point. Companies shouldn’t routinely have to provide software to the FBI. There is widespread suspicion today of the government getting its nose in the tent of private businesses and people’s personal information–and not without reason. But it seems to me that James Comey’s request is narrowly tailored to this case and Apple should cooperate.

After all, doesn’t Tim Cook realize that we are at war with ISIS? I cannot imagine a firm back in World War II refusing to help defeat the Nazis under similar circumstances. There are no free agents here. In an imperfect world, you have to choose a side. Will it be ISIS or America?

And if Apple decides that it will not cooperate, will Tim Cook be liable for future attacks that were not detected? And what should the FBI do should ISIS decide to target Apple? Part of the reason Apple is free to pursue its corporate interests is because of the protection of government agencies such as the FBI. It’s time Apple realized that.